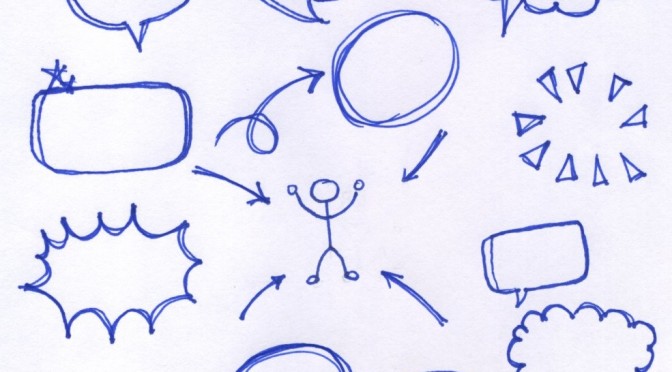 Have you ever noticed that people have opinions on just about everything? This includes the big and little decisions we make in our lives. Some argue that what people say is irrelevant. These individuals may often shrug their shoulders to any and all criticism. On the other hand, there are those who live life crippled by the opinions and disapproval of others, constantly thinking of what (insert important person) says about them. There are consequences that follow from either extreme. It is only when we recognize the approval that comes from God that we can find a balanced approach that avoids both extremes.

Don’t Close Your Eyes to Criticism

Taking criticism is hard. No one enjoys being confronted in areas of weakness, especially when it’s done the wrong way. However, when we ignore criticism we do so at our own expense. We all have our blind spots and pitfalls, and if ignored they will lead to unnecessary pain.

[Whenever Gen. Dwight D. Eisenhower was about to implement a plan, he would always take the plan to his greatest critics to examine. His critics, of course, would usually proceed to tear his plan apart showing him why it would never work.

Someone asked him why he wasted his time showing it to a group of critics instead of taking it to advisors who were sympathetic to his ideas. He answered, “Because my critics help me find the weaknesses in the plan so I can correct them.”

In the same way, God uses the judgmental person to reveal our blind spots so we can make the necessary changes. If we truly want to be pleasing to the Lord, we will accept the exposure of our faults so we can correct them, even if the revelation comes from a hateful person.]

This begs the question, whose criticism matters?

The people that give good criticism are the people that know us well and “do life” with us. (I know the phrase “do life” is a cliché but it’s true.) Those who spend time with us are able to see exactly where we fall short and our areas of improvement. It is important to reflect on their feedback and think through how we are showing Christ in our lives.

As we reflect on the criticism we receive, we are able to distinguish between good and bad criticism. Sometimes the criticism is based on a faulty worldview and is given for the wrong reasons. There are even times when people misinterpret a situation or play the part of God – making judgments on what God only knows i.e. the motives of the heart. Regardless of what the situation may be, we wash away the dirt and take the nugget. If there is no nugget, we are no better or worse for having checked.

Here are four helpful suggestions from Bible.org on handling criticism:

1. Commit the matter instantly to God, asking Him to remove all resentment or counter-criticism on your part and teach you the needed lessons.

2. Remember that we are all great sinners and that the one who has criticized us does not begin to know the worst about us.

3. If you have made a mistake or committed a sin, humbly and frankly confess it to God and to anyone you may have injured.

4. Be willing to learn afresh that you are not infallible and that you need God’s grace and wisdom every moment of the day to keep on the straight path.

People Do Not Define Us

It is also possible to be so consumed by criticism that we allow it to define us. We can care so much about what people think that God’s view of our lives is peripheral. We should always remember that what God has to say is what is ultimately important. People are flawed and they only have glimpses of our lives. Paul, when he was criticized for his ministry, responded by saying, “Therefore, we have as our ambition whether at home or absent to be pleasing to Him, for we must all appear before the judgment seat of Christ, so that each one may be recompensed for his deeds in the body whether good or bad (2 Cor 5:9-10).” Paul pretty much says, I’m aiming to please God and that’s Who we will ultimately stand before.

Steven C. Roy tells a fictional story of a superb violinist who had a fear of large crowds and so avoided giving concerts. In response to overwhelming criticism, the musician decided to hold a concert in the largest hall in London.

The young violinist came onto the stage and sat alone on a stool. She put her violin under her chin and played for an hour and a half. No music in front of her, no orchestra behind her, no breaks—just an hour and a half of absolutely beautiful violin music. After ten minutes or so, many critics put down their pads and listened, like the rest….

After the performance, the crowd rose to its feet and began applauding wildly—and they wouldn’t stop.

But the young violinist didn’t acknowledge the applause. She just peered out into the audience as if she were looking for something—or someone. Finally she found what she was looking for. Relief came over her face, and she began to acknowledge the cheers.

After the concert, the critics met the young violinist backstage…. They said, “You were wonderful. But one question: Why did it take you so long to acknowledge the applause of the audience?”

The young violinist took a deep breath and answered, “You know I was really afraid of playing here. Yet this was something I knew I needed to do. Tonight, just before I came on stage, I received word that my master teacher was to be in the audience.”

“Throughout the concert, I tried to look for him, but I could never find him. So after I finished playing, I started to look more intently. I was so eager to find my teacher that I couldn’t even hear the applause. I just had to know what he thought of my playing. That was all that mattered.”

“Finally, I found him high in the balcony. He was standing and applauding, with a big smile on his face. After seeing him, I was finally able to relax. I said to myself, ‘If the master is pleased with what I have done, then everything else is okay.'”

While we may get constructive or destructive criticism from others, we must always remember that our Master is the final judge on the matter and we will stand before Him on the Day of Judgment. It is His opinion of what we do that ultimately matters (2 Cor 5:9). 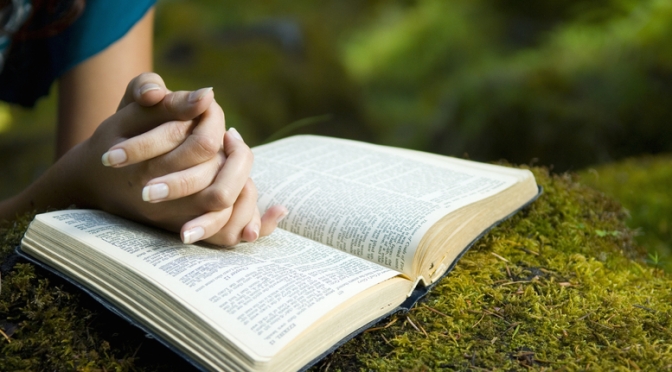 How do we know God? Have you ever asked yourself the question, “How can finite human beings know the infinite and eternal God?” I believe it was John Stott who said, “God has two books; He has His works in creation that reveal His glory, and He has His words in Scripture that reveal His Grace. The first we call nature and the latter we call Scripture.” Theologians refer to the first as general revelation and the latter as special revelation.

His Works in Creation

From creation, God’s invisible qualities – His eternal power and divine nature – have been clearly seen, being understood from what has been made, so that people are without excuse (Romans 1:20). When we go outside and we see the stars and the sky, the mountains, the animals, the beautiful sun, we know that there is a creator God. “The heavens declare the glory of God,” cries the Psalmist! Creation points to a creator. Every civilization throughout history has had some notion of God. Their reflection on their world led them to believe in His existence. Yet, many of these civilizations failed to distinguish between the creator and His creation, leading to the spiral of darkness we see towards the end of Romans 1.

The existence of God is also evident from our conscience, which is a part of general revelation. Conscience is latin for “with knowledge.” We all have knowledge of right and wrong, and God gives this knowledge. There is an absolute standard for morality. There are certain things that are absolutely wrong, at any given time, anywhere. As hard as we try to deny it, there are moral absolutes and when push comes to shove we all recognize it. I remember talking with a guy who told me, “I don’t believe rape is wrong. I mean who says it’s wrong?” As he spoke, I sat there agape, and then I responded, “That may work well in your bubble, but if you were faced with rape, would that be ok?” His silent facial response was priceless. It’s humorous that people will believe there is no moral standard until someone wrongs them.

Revelation from Creation is Limited

Even though we know God through creation, this revelation is limited. Being in awe at creation doesn’t help me enter a relationship with God. Even our own faculties are limited in knowing God personally. God is infinite and we are finite human beings. It was the French Astronomer Laplace who, while looking at the sky with his telescope, said pointedly, “There is no evidence of God.” President Sawyer, when he heard this, he said, “Laplace may as well have swept his kitchen with a broom, looking for God because you can just as easily find God in your kitchen while sweeping as you can by using a scientific instrument.” Through natural means, one cannot evaluate the supernatural. Any well-minded scientist will tell you that the method you use to investigate an object must correspond to the object itself. For instance, if it is a material object, then the means of investigation must be materialistic. Similarly, if you are investigating God, then your method must correspond to God Himself.

His Words in Scripture

God is incomprehensible, but He can be apprehended because He has revealed Himself in Scripture. God has given us His Word so that we can know Him. Apart from God’s Word, it is impossible to know God personally. Granted, through creation we can know God’s existence, but it is only through the Bible that we can know God intimately and know the Gospel. We can liken this experience to knowing another person. I know my friends and family because we have spoken to each other. They have told me about themselves. If they didn’t communicate, I wouldn’t know them. If God didn’t speak through His Word, we would not know Him. This is why it’s important to read God’s Word. That’s the means God has ordained for us to know Him.

A non-Christian said to me recently, “If I were a Christian I would study the Bible cover to cover. I don’t think I would be able to put it down. I mean, if you’re telling me that it’s the Word of God, that’s what I would do. But… I’m not a Christian.” From the mouth of a pagan, truer words have never been spoken. God has given us His Word; let’s pay heed to it.

Let your light shine before men in such a way that they may see your good works, and glorify your Father who is in heaven. Matthew 5:16